After a long train ride down to Leipzig, Germany we checked into a rather East German business hotel near the station and headed out for some dinner. 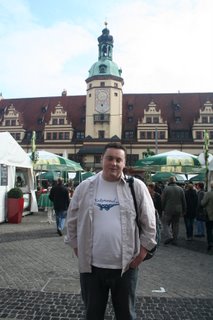 The next morning we strolled through the centre of Leipzig which is very clean and neat and seems like a nice place to live. In the town centre a mini Octoberfest was in progress with a local orchestra, plenty of bratwurst and beer on offer. 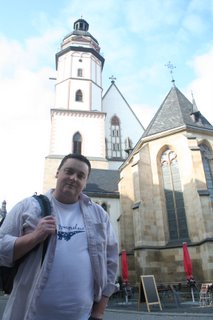 We visited the Thomaskirch church where J.S. Bach is buried and had a quick look through the museum (although sadly they were renovating so there wasn't much on display). Leipzig seems to have the largest goth ratio of any city I've seen. We considered having a drink at the Absinthery but feared that we weren't wearing nearly enough black. 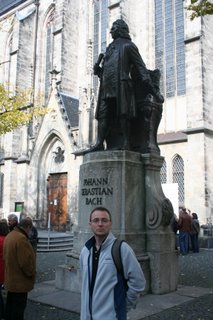 We decided to have dinner at a Chinese restaurant instead and Darren was delighted to be accosted by a young travelling stone-mason and carpenter dressed in medieval garb and looking for money to practice their traditional crafts. Everyone always wants the money...